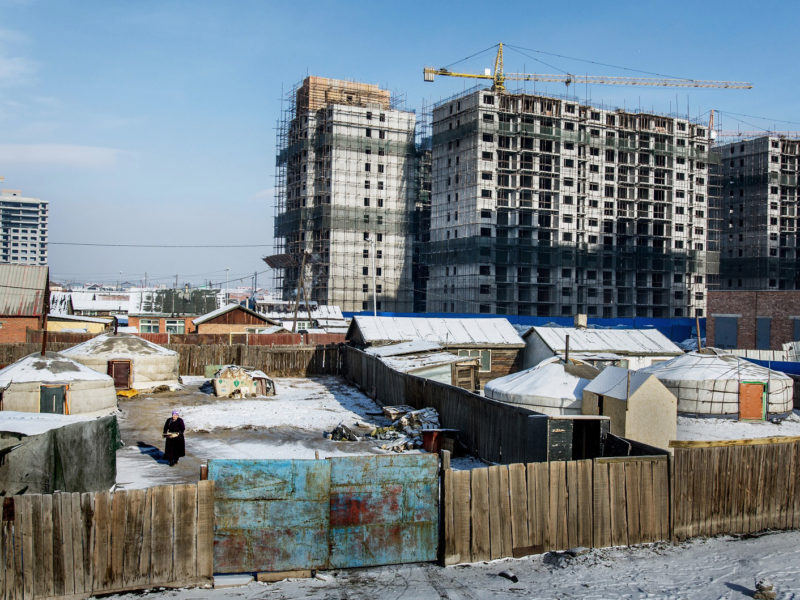 They say there are two Mongolias: the endlessly green rolling steppe, where one third of Mongolians still live the traditional nomadic life with the herd and the ger, and Ulaanbaatar, the busy, crowded and polluted capital, where the energy of the new economic boom pulses more and more strongly every day. But a few minutes from the city centre in the shades of shiny skycrapers, new shopping malls and modern clubs, the ger slum with more than 700 000 people sprawls, encircling the city. The ger district, as they call the city outskirts, has grown over the last decade due to rising migration from the countryside. Lost of families are moving closer to the city. The reasons for the migration are many but the most common include climatic changes that cause unpredictably strong winters called dzuds which kill millions of livestock, health problems of a family members or tempting dreams of a better life in the attractive city. But the living conditions are bad and newcomers face much worse problems than just their wishes remaining unfulfilled. The infrastructure is weak, there is no electricity, no running water or waste system. This is a story about the tough life in the ger district…and about people who haven’t lost their hope for better future, living their everyday lives with all the sorrows and joys that life in ger district brings.